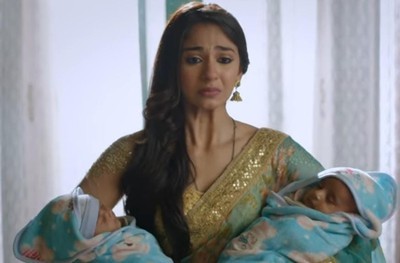 It is seen that Prisha is accused of feeding Soumya intoxicated ladoos, the forensic report is awaited.

Further, Armaan along with his mother proves Soumya's mental instability to care for the babies for which the court orders the Bipolar test.

Moreover, as the reports are awaited, it is being predicted that post this there will be a two-year leap in the show.

While Armaan's case is weak, he is not going to let Soumya win so easily.

Goldie determined to give Soumya justice

On the other hand, Goldie is determined to give Soumya justice and custody of her babies.

Further, there will also be a lovestory of Goldie and Somuya's sister that will add further twist and turns.

Now it will be highly exciting to see what the report has to say and how the leap will shape up.

Keep tuned to serialgossip.com to get latest updates on the show.

Mose Chhal Kiye Jaaye: Armaan in trouble as his plan is ruin...

MCKJ: Prisha exposed! Will Armaan accept crime to save Prisha?

MCKJ: Show to take a leap with a New makeover for Soumya

MCKJ: Show to take a leap with a New makeover for Soumya So...

MCKJ: Oh No! Armaan instigate Sushma against Soumya land her in trouble