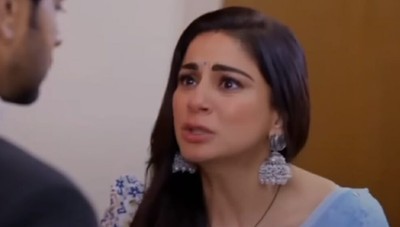 Zee tv's popular show Kundali Bhagya is all to grab the viewer's attention with its spicy and dramatic storyline in the upcoming episodes.

As seen so far, the Goons reach Karan's house and threaten him.

They get afraid of seeing Arjun's gun when he made them apologize to Anjali.

The goons run away from his house while Rishabh and Preeta reach his residence.

Rishabh will invite Arjun to his anniversary party.

Meanwhile, Arjun wants to take revenge on Rishabh and Preeta but he also wants his family to recognize him and often behaves in a manner that gives them a glimpse of Karan in him.

Rishabh and Preeta see goons leaving from there.

Later, Arjun tells Rishabh and Preeta that he will attend their marriage anniversary party.

Will Preeta apologize to Arjun? What will happen next?