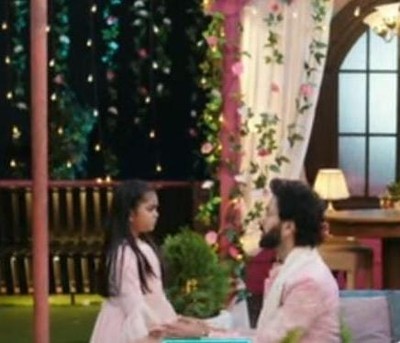 It is seen that Ram brings a dress for Priy which makes her happy and also manages to impress Pihu.

However, Priya is upset as she learns that Nandini is emotionally manipulating Ram.

Thus, in spite of Ram's surprise, Priya is not happy and this hurts Ram.

Seeing this, an upset Ram walks away and Brinda tries to calm him down.

However, seeing Ram's anger, Brinda realizes that Ram loves Priya and Pihu and their existence makes a huge difference to him.

But Ram rubbishes it off saying this is all drama for the deal and Priya doesn't matter to him.

Pihu overhears this and once again gets angry at Ram.

Further, Ram goes on his knees to apologize to Pihu and cool down her anger.