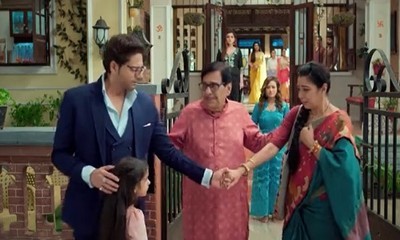 Star Plus popular TV serial Anupama is looking forward to some major drama in the Kapadia Sadan.

Ankush reveals to Barkha and Adhik that Anuj is about to make some announcement and now this shakes the duos.

Therefore, the next big twist in the storyline is that Ankush, Adhik, and Barkha will ultimately become the reason behind Anuj suffering from paralysis.

Further in the episodes to come, Anupama is going to face new difficulties because of Anuj going bedridden.

Let's wait a bit to see how she will be fighting back the enemies Ankush, Barkha, and Adhik.

Will Anupama be able to protect Kapadia Empire?

Stay tuned with us at serialgossip.com for more.

Anupama: A new Maa is introduced for Shah Parivar as Anupama back out

Anupama: A new Maa is introduced for Shah Parivar as Anupama...