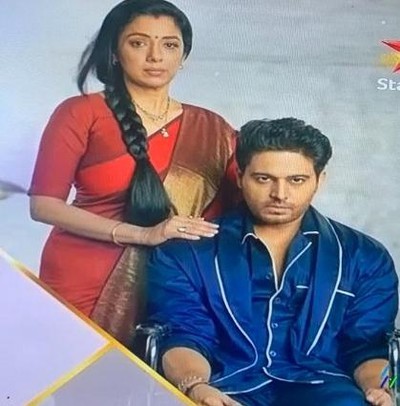 The upcoming episode of Star Plus serial Anupama will showcase interesting twist and turn.

It was earlier seen that Anuj is going to get paralysed and Anupama is going to take care of him.

There is a really huge twist in the show ahead where it looks like Anuj is going to meet with deadly accident.

Anuj is going to fall down the cliff in the jungle where Anupama is all shattered.

Anupama fails to locate Anuj where she goes mad to search him and fears to lose him forever.

Anupama earlier had seen a nightmare of losing her entire Shah Parivar.

This nightmare had come true where she lost her Shah Parivar and now its time to lose her dear Anuj.

The Anupama team has shot near the huge jungle where its mentioned Crime Scene Do Not Cross.

What will happen to Anuj?

Is this some conspiracy by Anksuh Barkha Adhik or Vanraj?

Well time will only let us know this big twist in the show ahead.