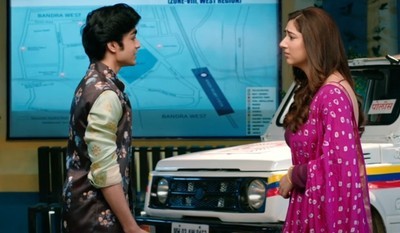 It is seen that Ishaan goes missing and Priya finds him near the police station.

Further, she confronts him when he reveals his decision to confess his crime in front of the police.

Seeing Ishaan being determined to surrender himself to the police, Priya stops him.

However, Ishaan shows his guilt for punishing Ram, Priya, and Pihu because of him.

On the other hand, Ram walks in search of Ishaan when he overhears him revealing that Pihu is Ram's daughter.

Hearing this, Ram is left stunned and dumbfounded.

But soon as Priya reveals that she does not want Ram to learn about Pihu's truth breaks him.

Ram is left shattered and angered knowing that Priya has intentionally kept him away from his child.

BALH2: Oh No! Vedhika brainwashes Ishaan with her evil deal