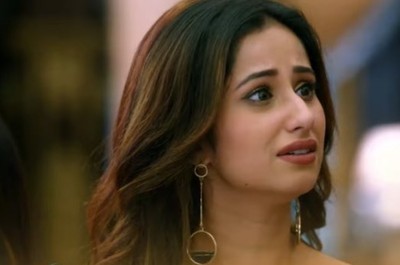 Zee TV's interesting show Bhagyalaxmi is up with high voltage drama and action.

It is seen that Laxmi reveals the truth in the court that she had done the cooking which hinders her release.

However, the lawyer warns her to agree to his words or else look for another lawyer.

Thus, Rishi convinces Laxmi to trust him and the lawyer and do as said.

With this, the lawyer manages to prove that Laxmi is not at fault and buys time to investigate the case.

However, seeing Laxmi's case getting stronger, Malishka bribes a goon who attacks her to distract the court.

There is huge action as the goon tries to hold Malishka at knifepoint and create chaos.

But Malishka's plan backfires as Laxmi manages to rescue her from the goon.

In fact, seeing Laxmi so selfless, the court gives time to Laxmi to prove her innocence.