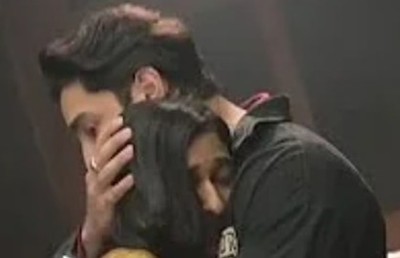 Bhagyalaxmi: Laxmi defeats terrorists with her wit and smartness

Zee TV's popular and most liked show Bhagyalaxmi is gearing up for an interesting twist.

As revealed, Rishi is targeted by the terrorist to trap Laxmi as she ruins their plan.

Laxmi is worried for Rishi but at the same time also uses her smartness to handle the situation.

As Laxmi has seen the terrorist's severe allergy to leather, she uses this to her advantage and defeats him.

Thus, Laxmi manages to save everyone from the deadly cluthches of the terrorist.

Further, this incident brings Rishi and Laxmi even closer and to some extent Neelam also feels grateful to Laxmi.

Seeing Laxmi's bravery and selflessness, the judge refuses to accept Laxmi is the culprit and bails her out.

Thus, now they get time to investigate  into the matter and prove Laxmi's innocence.

Bhagyalaxmi: OMG! Terrorist fire at Rishi Laxmi fail to save him