BALH2: What a blunder! Ram's big surprise turns into a disaster (Upcoming Episode) 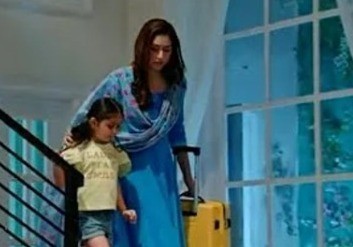 Sony TV's popular and most liked show Bade Achhe Lagte Hai2 is up with huge drama.

As seen, Priya packs her bags and plans to leave with Pihu from Kapoor Mansion.

Vedhika has managed to create a misunderstanding that Ram is filing for Pihu's sole custody.

Further, Priya also finds Pihu's passport made by Ram without consulting her.

Thus, Priya feels worried that Ram will take Pihu away from her.

However, Ram is planning a surprise vacation for himself, Priya, and Pihu in Switzerland.

Ram wants to start afresh with his family and spend time with them.

Hence, he makes a secret plan with Pihu to surprise Priya.

Now let us see what will this secret lead to.

BALH2: Get Set for a major dhamaka on the show unmasking the evil faces

BALH2: Priya wild as Vedhika pushes herself into Pihu's life

Bade Achhe Lagte Hai2(BALH2): Ram is brainwashed by his fami...

BALH2: Pihu brings Ram and Priya together once again