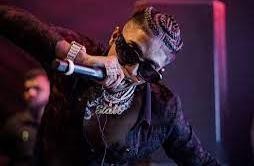 It was earlier seen that Tina Datta slipped and injured her ankle.

Shalin took care of her and pressed her feet.

However, after Tina screamed, MC Stan asked Shalin not to do anything. The actor disagreed and continued to press Tina's feet.

This resulted in Stan abusing Shalin on the reality show.

After MC Stan hurled abuse at Shalin, the TV actor got angry and exchanged harsh words with the rapper.

Shalin apparently spoke badly about Stan's mother, which naturally didn't go down well with him.

Shiv Thakare, Sajid Khan, Sumbul Touqeer and Nimrit Kaur Ahluwalia intervened and tried to stop the two from getting into a physical fight.

And now latest we hear is that apart from Salman bashing Stan and Shalin for the incident.