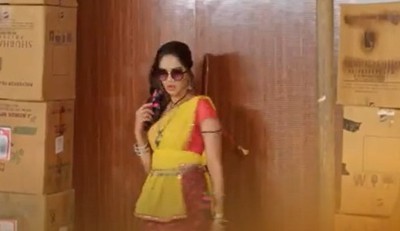 Zee TV's most liked show Kumkum Bhagya is up with huge drama and action.

As per the ongoing track, Prachi Ranbir Aryan and Shahana are in action to rescue Mihika Rhea and waiter from the kidnappers.

Further, there is going to be a huge drama and lots of action.

Ranbir is disguised as police but the kidnappers unmask him.

Furthermore, there is fight between them when Prachi enters dresses as a village girl.

Smartly, Prachi traps the kidnappers in her talks and Ranbir gets a chance to blindfold them.

Further, Prachi unties Rhea, Mihika and the waiter who escape the den.

Ranbir is highly impressed by Prachi's bold and smart move.

Now, it will be higly interestin got see what will Pallavi do knowing this big drama.