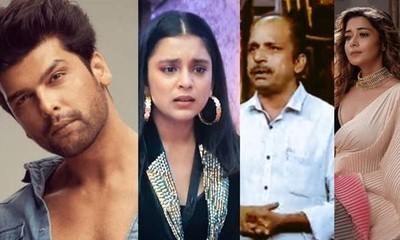 In today’s episode Sumbul’s father on false medical reasons got on a call with her. And spoke degrading about Tina as well as Shalin.

He recommended Sumbul to kick Tina on face and also told her to show the two their ‘aukat’ on national television.

Ex- Bigg Boss contestant Kushal Tandon came out on Twitter and lashed out at Mr Toqueer.

He wrote an elaborative tweet and stood for Tina. He raised that even Tina is someone’s daughter.

He further added, “And how dare her dad is allowed to have a phone call now … and how can he speak Ill of other contestants … vo bhi kiski ki Beti hain his dad is saying tina is Kamini… stay out of her wow,” added Tandon.