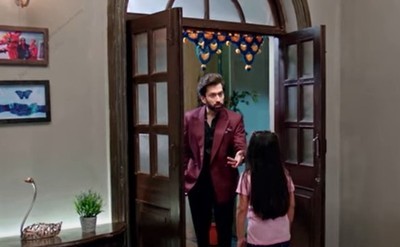 It is seen that Ram feels connected to Lovely and do not want her to quit the job.

This is a shocker for Priya as she was not expecting him there.

However, Ram sees Pihu and learns that she is Lovely's daughter.

Priya gets worried being caught if Ram regains his memory.

Further, seeing Pihu unable to send away Ram, she gets into her Lovely getup and meets Ram.

However, their marriage photo lies on the table that triggers Ram's memory attack.

Now, let us wait and watch if Priya's drama will be exposed or not.

Stay tuned to serialgossip.com to know what will happen next on the show.

BALH 2: Too Much! Ram fails to win with Miss Lovely in argument

BALH2: What! Nandini throws Sandy out of job to keep her away from Ram