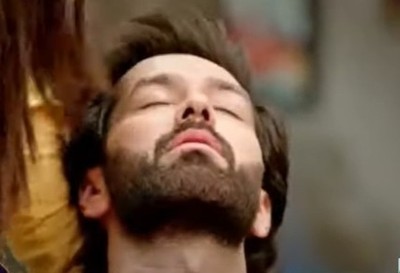 It is seen that Ram has forgiven Lovely and refuses to terminate her inspite of Nandini's order.

Further, Ram takes a  strong stand for Lovely and allows her to continue job.

Further Ahead, in a major twist, Ram reaches Priya's house considering it as Lovely's house,

Seeing Ram at her place, Priya is shocked and hides.

Meanwhile, Pihu opens the door and tries to make him leave.

However, he doesn't leave and seeing him there Priya worries that he might see their wedding photo.

Suddenly, seeing the photo Ram gets some intense flashback and he falls unconscious.

Now, it will be highly exciting to see if Ram has regained his memory or not.

BALH2: Interesting! Adi suspicious of Lovely Spies over her

BALH2: Aroma of Love! Priya finds way to Ram's heart through his stomach