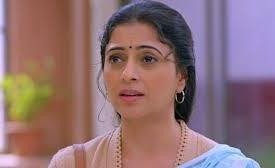 Star Bharat show ‘Dheere Dheere Se’ is getting lot of love from the viewers.

The current track of the show revolves around a widow woman named Bhavana.

It seems Bhawana is having a tough time as her lawyer Vaibhav will not reach the court on time.

The judge will be seen getting angry with Bhawana as her lawyer has wasted the time of the court.

In the court the judge orders to reprimand Vaibhav for breaking court rules and asks Gaurav to continue his side.

Gaurav recalls both Raghav and Brij Mohan’s words and requests the judge to pass the verdict on Vikas’s favour as he doesn’t want Bhawana to spend more money as the court will keep giving dates.

Bhawana looks on worried as she cannot afford to lose the case as she has no other place to go.

Will Gaurav be able to win this case or not?

Will Bhawana give up so easily or not?

Stay tuned for more such news and updates only on Serialgossip.com.