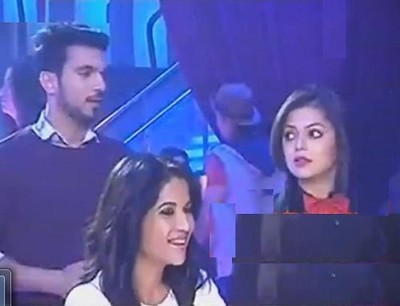 The upcoming episode of Pardes Mein Hai Mera Dil will show that Dadi thinks to get Naina and Veer’s marriage.

Veer finds about Naina being a waitress so he makes plan to expose Naian in front of dadi.

Raghav is worried because he does not want let Naina comes in front of Mehra family in waitress avatar and he tries to avoid their meeting.

Entire Mehra family reaches to pub where Naina comes to take order but she gets stunned seeing Mehra family there.

Veer comments on Naina being a waitress but then Naina tells them that there is no problem working as waitress as she should know about her limit.

Dadi gets impressed seeing Naina’s innocence and efforts for her work so she tells them that she has no problem with Naina’s waitress job.

Raghav and Sanjna get shocked by Dadi’s decision because Sanjna loves Veer while Naina still does not about whom she loves between Raghav and Veer.