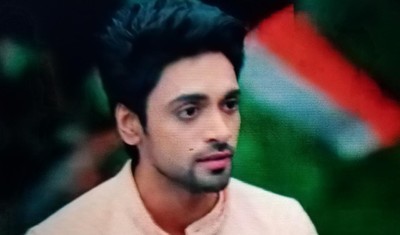 Episode begins with Ayaan searching for Faltu being worried, Siddharth learns he is looking for a girl.

He decides to use that against Ayaan.

There Kanika gets furious on not finding Ayaan around when guests ask about him.

Janardan defends Ayaan that he will be back, he must be inside the house with Savita.

He says she is his responsibility at this moment and noone is more important than her for now.

Faltu says he should have been with his family.

Ayaan says it is his fault that he left Faltu alone.

He says one day everyone will cheer for her when she will play for the Indian cricket team.

Sumitra provokes Kanika saying why Ayaan is not here and he disappeared after the engagement even after joining late.

Savita tells Janardan about Rujula who doesn't come to their house because they are not in good terms with her.

Janardan states that she married a middle class guy so they didn't support her choice.

Savita says his mother is missing Rujula and wants to see her.

Later, Kanika shows her disappointment towards Janardan and tries to leave with Tanisha.

Tanisha gets worried for Ayaan. Janardan tries to stop them from leaving and Tanisha supports Ayaan.

Siddharth comes back and talks against Ayaan how he saw the latter with another girl.

Ayaan returns after that and he says he met Rujula and brought her here.

Everyone is surprised to see her.

Janardan doesnt want to face her.

Precap- Faltu shows her admiration towards cricket saying she wants each and every daughter to be respected, Rujula gets delighted.

Pappi calls Faltu and threatens to burn Ayaan's Mart if Faltu doesn't come to marry him.

Faltu: Ayaan and Faltu's budding lovestory spice up the show