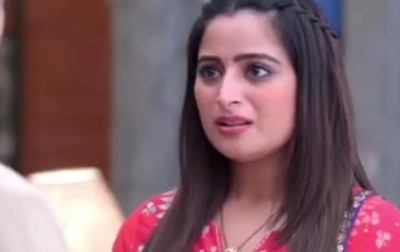 Episode begins with Pakhi arguing with Virat over Vinayak enrolling in Savi's school.

Pakhi says she doesn't want her son to leave Nagpur's best school just because he doesn't have friends in his school.

She also adds Virat is just worried about Savi since the day he learned she is his daughter.

Virat says Pakhi is acting like Sai and it angers Pakhi even more.

Pakhi replies she doesn't want to be compared to Sai.

She asks why he took the decision for Vinayak alone and didn't even ask her once.

Virat says that's his school and Vinayak will get proper guidance there too.

He refuses to change his mind and Bhavani supports Pakhi.

There, Sai brings new school uniform for Savi and tries to cheer her up.

Sai receives it and learns from him that Virat wants him to get admission in his school just how Savi will study there.

Sai gets shocked and grows tensed.

Virat apologises to upset Pakhi and she asks him to change his decision but Virat is adamant and he leaves.

Ashwini and Ninad try to convince Pakhi but she gives them reasons why she doesnt want Vinayak and Savi to read in the same school.

Mohit seems affected seeing Karishma with the guy and he confronts her asking why she is doing that.

If Chavans learn about her secret affair they will be disappointed.

Karishma refuses to accept that she did anything like that.

Mohit tries to remind her of their immense love for each other at initial days.

Precap- Pakhi asks Sai to leave Nagpur with Savi and she will bear the expenses of them.

Virat overhears that. He glares at her.