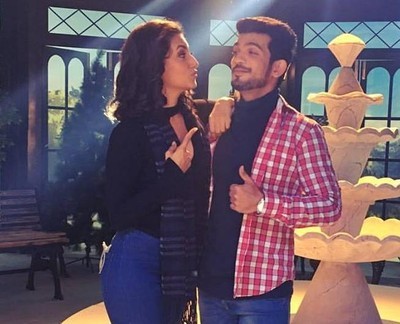 Chachi and Pam argue over trust and lifestyle but Raghav handle sit.

Pam asks Raghav to bring ice cream for him and Raghav comes to out and feels someone in trouble.

Naian calls to her brother and Amit but both do not pick her call.

Naina reaches to Amit house but Amit ask her go back to her brother house and he will meet her later.

A man follow Naina seeing her bag falls down and Naina runs thinking the man is theif and bumps with Raghav and ask him to help her.

Raghav tries to fight with the man and man returns Naina’s bag and then both find as they are trying to help Naina only.

Raghav consoles Naina and is ready to help her finding her brother place.

Raghav brings Naina to a caffe and spends his money buying icecream for Naina making him happy.

Naina tells Raghav that she thinks as she talked to him earlier and Raghav teases her as his style is very different.

Naina gets impressed seeing Raghav love for family wishes for his bright future.

Naina is shocked Amit with other lady.

Shaleen Malhotra out and Arjun Bijlani pair up with Drashti ...