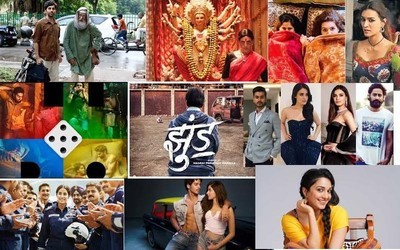 Novel Coronavirus had made sure we all stay at home and safe.

Hence the Bollywood industry and makers of some of the films have decided to go ahead with the online platform.

Mentioned below are the list of movies that will be seen in Amazon, Netflix and Disney Hotstar.

Jhund is based on the life of Vijay Barse, the founder of NGO Slum Soccer.

Story about a surrogate mother and remake of Mala Aai Vhhaychy

Shiddat is also going to release on online platform.

Let’s get ready to enjoy all this movies with our family and friends.

Till keep reading serialgossip.com and keep yourself busy with your hobbies.