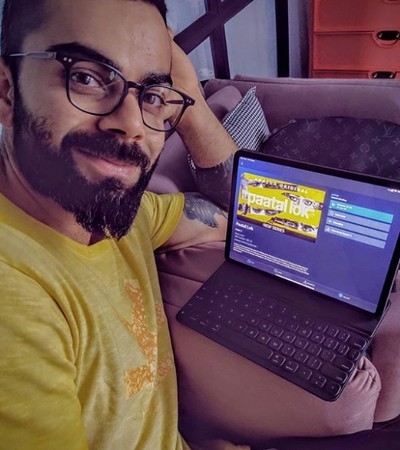 Cricketer Virat Kohli taking to the Instagram, posted a photo where he is watching Paatal Lok.

Praising his lady love, Virat Kohli captioned that after watching the whole season of Paatal Lok a while ago, Virat Kohli knew that it’s a masterpiece of storytelling, screenplay, and tremendous acting.

Virat Kohli is feeling proud of his wife and lady love Anushka Sharma for producing such a gripping series and believing in her team along with Bhaiji.

Virat Kohli mentioned Bhaiji aka Karnesh Sharma while thanked him.

Karnesh Sharma is Anushka Sharma's brother who is Indian Film Producer and the co-founder of production company Clean Slate Films.