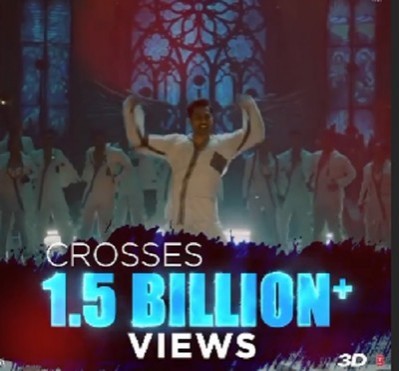 Taking to the Instagram, Varun Dhawan posted on his story and is quite happy for it.

Street Dancer 3D is dance, musical and romantic movie which released on 24 January 2020.

The film made a blockbuster hit on the screens with box office collection of 97 crore rupees.

The movie made more hit because of its blockbuster songs and music videos and now the music album has crossed 1.5 billion views worldwide.

Varun Dhawan will soon be back on the screen with his new movie project.

Till then follow serialgossip.com for more exciting updates on Bollywood and Indian television.

Entertainer No 1: Varun Dhawan to judge Reality Show from ho...

Varun Dhawan and Sara Ali Khan step in shoes of Govinda and ...

After Anushka and Virat Kohli, Varun Dhawan all set to tie k...

Varun Dhawan finds Yami Gautam as a most beautiful girl with...