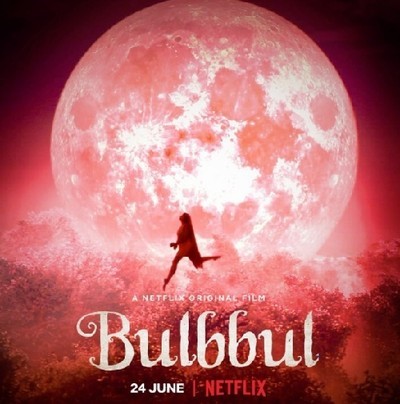 Anushka and her brother Karnesh Sharma's Clean Slate Film is producing the movie Bulbbul which is a supernatural horror movie.

Anushka captions, 'A fantastic tale about the self-discovery, and justice, wrapped in lore, mystery and intrigue, coming soon on Netflix'.

The story of Bulbbul is the life struggle of a Bengal woman, who was married off as a child and harbours a dark past of murders in her village that is connected to a witch.

The movie Bulbbul is releasing on 24 June on Netflix.

Stay up to date with serialgossip.com for more updates and latest news.

Anushka Sharma proved she knows all sunlight spots in her ho...

Netizens following trend of #VirushkaDivorce, actual reality of this hashtag?

#VirushkaDivorce is trending on twitter No doubt that Anush...

Anushka Sharma finally discovered a secret of her home

Anushka Sharma finally discovered a secret of her home Boll...

Anushka Sharma spotted dinosaur in her house Virat Kohli get...

Hina Khan from Smartphone or Anushka Sharma from Sui Dhaaga ...

Virat Kohli and Anushka Sharma having tussle game with famil...