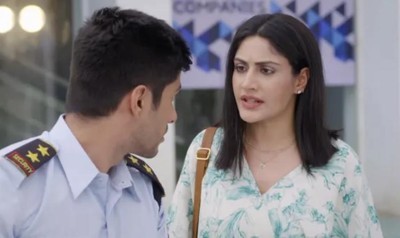 It was earlier seen that Ishani refuses to talk to Sid post misunderstanding him over the posters.

Sid tries to explain Ishani that he did not put the posters but Ishani refuses to believe him.

Ishani feels guilty hearing the truth where Sid walks away proudly getting a clean chit.

Ishani thus feels bad and runs after Sid begging for an apology.

Sid now refuses to talk to her for always misunderstanding him.

Ishani stops Sid and screams aloud that she is sorry but Sid walks away.

Will Sid forgive Ishani for always being rude to him?

Keep tuned to serialgossip.com for more updates on Sanjivani 2.

Sanjivani 2: Sid's mother to turn cupid in Sid and Ishani's ...