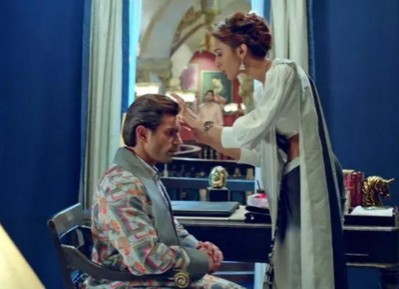 The upcoming twist of Star Plus show Kasauti Zindagi Ki 2 will showcase that Bajaj is Moloy’s elder son.

It was earlier seen that Anurag meets with deadly accident which was caused by Bajaj unintentionally.

Prerna comes to know about the same and supports Bajaj.

At the same time Prerna tries her best to bring Anurag back to life.

Prerna loves Anurag and she also reveals the same to Bajaj.

Prerna seek Bajaj’s support in getting Anurag back to life.

Prerna further succeeds in the same getting Anurag back to life.

Mohini thus begs before Bajaj to unite Anurag and Prerna where Bajaj leaves the major decision to Prerna.

Shockingly it will soon be revealed that Bajaj is Moloy’s real son.

Keep tuned to know what happens next on the show when this truth unfolds.