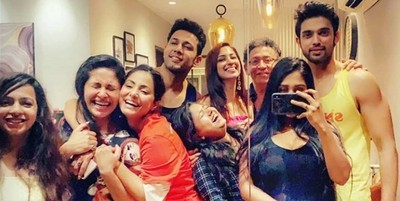 The popular Indian actor Parth Samthaan had his house-warming party with his friends.

Meanwhile, what created a lot of buzz is that Erica Fernandes was missing from the party.

Parth Samthaan and Erica Fernandes share a great bond of friendship and the duos often go on holiday trips and do parties together.

However, Erica's absence from Parth Samthaan's house warming party is something fishy.

Kasauti Zindagi Ki 2: Bajaj's stay in jail to put Prerna in dilemma over Bajaj's unknown side