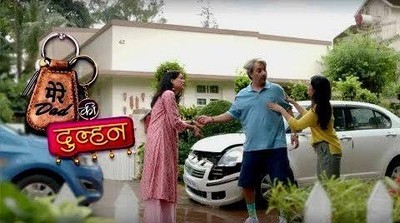 Sony Entertainment Television is coming up with all new show Mere Dad Ki Dhulan which is a family drama.

Shewta Tiwari will play character of Guneet who is a happy go lucky character.

Varun Badola will play Amber who is Nia's (Anjali Tatrari) father and is a single father.

Guneet and Amber will meet in an unexpected way where they had a fight and dhamaka.

Nia tries to stop his father who is getting hyper and now this fight of Amber and Guneet will soon transform into unbreakable friendship.

This friendship will break all stereotypes of society that a man and women can't be friends and thus a new spectrum of love will be seen.