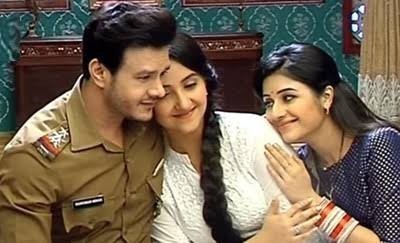 Minni is trying to move ahead in her life and let Babita handle her own life.

While here Hanuman is happy to see Babita and Minni happy, he is unaware of what awaits ahead.

Minni's letter reaches house and Hanuman sees it to get a shock.

Hanuman is going to create big blasting dhamaka over it and Babita will be all upset.

Minni keeps up to her stand and refuses to change the name, stay tuned for more exciting updates of the upcoming episodes only on serialgossip.com