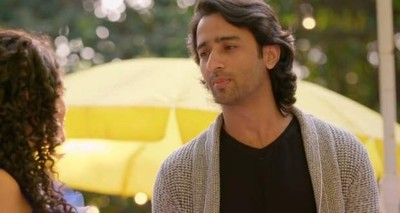 Meenakshi is shocked as she learns that Abeer has changed his name as Abeer Kapadia and it hurts her.

While here Meenakshi uses her sources to find a shocking truth and this truth is that Mishti is finding about Mehul.

Meenakshi now plans to use Mishti as a puppet for her game against Mehul.

Meenakshi folds hand infront of Mishti and asks her to save Abeer, while here Meenakshi is all set to play double game.

Meenakshi is all set to play double game against Mishti and Mehul by using them against each other.