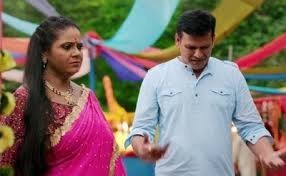 Meenakshi and Mishti gets in action to jointly expose Mehul, here Meenakshi hugs Mishti and accepts her.

Meenakshi not only accepts Mishti but also realize that she is right person for Abeer.

Meenakshi apologize to Sonakshi for not understanding her and thinking that she is taking Abeer away from family.

Meenakshi and Mishti thus make up a pact to expose Mehul and play double game with him.

Mishti and Meenakshi makes up a deadly combination against Mehul and calls for his end.

Will Mishti and Meenakhsi get successful in their plans as Mehul is more dangerous and in no case is ready to let Abeer know truth.