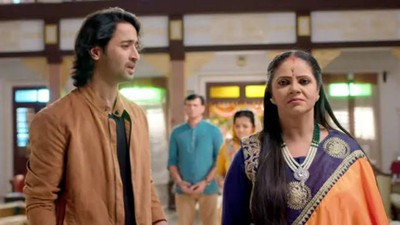 Mishti is in search of Mehul's truth and has reached one as she finds Parul's sister.

Mishti learns about Mehul and Parul's relationship which was not one known to anyone.

Mishti is shocked to know that Mehul and Parul were husband and wife and also had a child.

While here Mishti lands herself in trouble after finding truth, Mehul can't let his truth be out and thus attempts to kill Mishti.

Meenakshi will save Mishti and not only this she will ask her to go to goddhana ceremony as Abeer is waiting for her.

Meenakshi don't want Abeer and Mishti's relationship to be affected in any way and she promises to return with proof against Mehul.