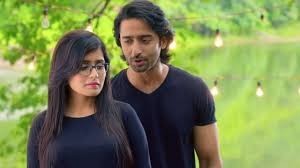 Abeer and Mishti's relationship is at stake as Mishti goes missing from her goddhana ceremony.

Mishti brings a blast in her goddhana ceremony where she exposes Mehul.

Abeer gets a shock as Mishti is speaking against his Baba Mehul, Abeer is super confused as what has happened.

Abeer can see how Mishti is on Meenakshi's side and now he walks out of goddhana ceremony.

Abeer refuses to believe that his Baba Mehul can be wrong and now his and Mishti's relationship is ruined.

Mishti feels bad that she fails at this drastically and Abeer has gone away from her and left her alone.