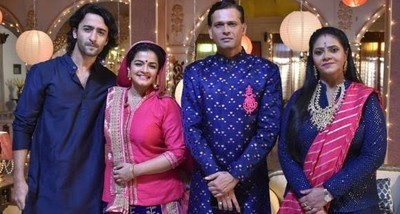 Abeer and Mishti's goddhana ceremony is organised and everything is going well.

Abeer is much excited to get engaged to Mishti and here Mishti is at Rajgarh decoding truth.

Mishti learns all truth about Mehul and his conspiracy, Mishti is shocked to know how ugly Mehul is.

Mehul will now stop Mishti from unveiling truth to Abeer and for that Mehul is going to kidnap Mishti.

Mehul will use his men's to kidnap Mishti and not only this, he will make attempt to kill Mishti.

Will Mehul get successful and will Mishti be able to reach for her goddhana ceremony.