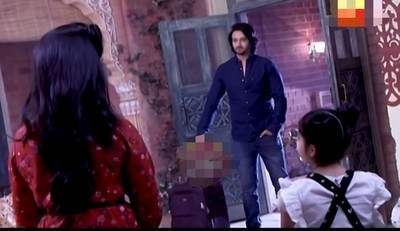 Neil and Minni are trying to work things out and to turn the upcoming event a success.

Here Neil is also trying his best to turn things in favor, while here he had been thrown out of house by his landlord.

Neil has nowhere to go and here Arya finds about him, here Neil is not at Minni's haveli.

Arya gets Neil home and asks Minni to shelter him as he needs them, Minni has no other option as she needs Neil.

Minni had to shelter Neil as she needs Neil for the upcoming event which had been organised.