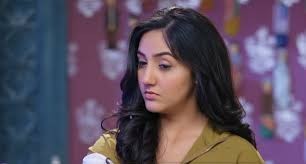 Minni is planning to take this new year party as an opportunity to move ahead in business.

Minni has all her hopes over Neil and here Neil is backing off as he had to find room for himself.

Minni can't afford this as this very moment and thus she offers Neil to find room for him.

Minni gets none and thus she has to end up making Neil stay at her haveli and is making all compromise she can.

Minni is ready to make adjustment as she can't let Neil go away at this crucial point of time.

Minni needs her business to boost and take things ahead in right way.