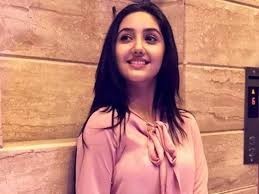 Minni is more concentrated over the new year party and wants to make it a success.

Minni wants this party to be successful and thus she asks Neil to give his best.

Here Neil and Minni will be seen getting closer for this new year party and here Neil, Minni will dance together.

Neil and Minni's this romantic new year dance will get them closer by love, Minni will get lost in Neil's eyes.

Minni and Neil's this eyelock romance will change the equation, is this the new beginning of new year for Minni and Neil.

Will Minni and Neil's life will take new turn in this new year and situation will change.