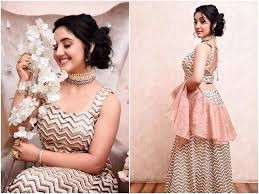 Neil and Minni are hosting a New Year party which is their way of making business.

Minni knows that this is best way to gear up their business and get the customers back.

Here Neil is helping Minni as he is the chef and everything is on his hands and now this party will begin.

Neil and Minni will also take part in it and here will be seen dancing together.

Neil and Minni will dance and will also be lost in each others eyes and Neil is all mesmerised to see Minni.

Is this New Year party a new beginning for Neil and Minni's love relationship.