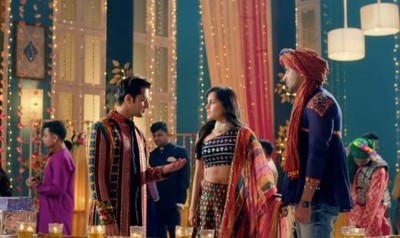 It was earlier seen that Abeer breaks Mishti’s heart not once but several times.

Abeer has given only tears to Mishti while Nishant only made crying Mishti smile.

Now Abeer has realised his big mistake and begs for apology while Nishant asks Mishti over her final decision.

Mishti thus leaves Abeer’s hand and gives her hand to Nishant stating that she will never make him wait.

Abeer joins hand before Vishmaber and Rajshri but in vain

Nishant gets happy and takes Mishti away from Abeer.

Abeer is in tears seeing Mishti getting engaged to Nishant.

Abeer still joins his hand before Vishmaber and Rajshri but in vain.