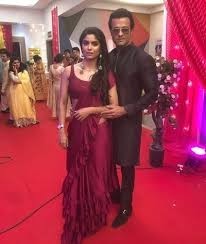 Star Plus popular daily soap Sanjivani 2 is gearing up for new twist and drama.

Vardhan attempts to trap Anjali in the scam and here he even gives media interview over it.

While here Sid and Ishani manages to handle the situation, Vardhan is super furious.

Anjali is not ready to believe over it and here assassin attacks Sid and Ishani.

Anjali will thus turn their savior and save them from Vardhan's assassin attack.

Will Anjali realise Vardhan's ugly truth and join hands with Sid and Ishani against Vardhan and to end his game.

Sanjivani 2: Sid and Ishani in luxury ward to outdo Vardhan

Sanjivani 2: Ishani alarms Sid to save Sanjivani from evil Vardhan