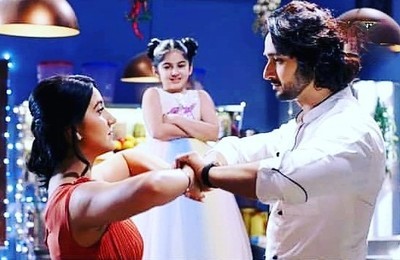 Minni and Arya's life gets new challenge that is Neil, here Minni had to get Neil home.

Major syappa is created over it as someone assumes him as theif and beats him up.

While Arya insist on keeping Neil at their place and Neil is also trying to find a place for himself.

Neil will end up finding nothing and here Arya suggest Minni to why not make new relation with Neil.

Minni is shocked as Arya talks about making Neil their tenant and thus he will not be able to leave the patiala babes restaurant as well.

Minni finally accepts this new relationship of landlord and tenant with Neil.