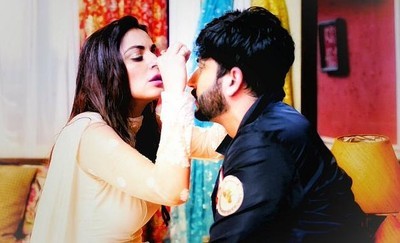 It was earlier seen that Karan has realized his love for Preeta and hence wants to save her life anyhow.

Karan thus cracks a deal with Mahira to marry her and free Preeta.

Mahira accepts the deal with a cunning plan in mind.

Mahira decides to marry Karan and trick him keeping Preeta behind bars only.

On the other side Preeta has high hopes that Karan will free her and accept her as his wife leaving Mahira.

But Preeta is going to get broken badly being unaware about Karan’s deal.

Kundali Bhagya: Karan's marriage deal with Mahira to get Preeta out of jail The upcoming episode of ZEE TV popular serial Kundali Bhagya will showcase interesting twist and turn. It seems Preeta ...

Kundali Bhagya: Not Karan but Rishabh comes to save Preeta

Kundali Bhagya: Preeta under scanner in attempt to Sherlyn murder