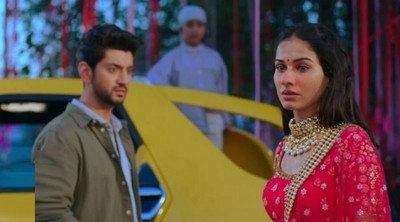 Finally the fate brought Pranati and Reyansh face off after so many years.

In the meantime, Pranati also learns about Jugnu being her and Reyansh’s daughter.

Adding twist in the story, Pranati wants Jugnu to stay with her but Reyansh turns hurdle.

Reyansh is unaware of Jugnu’s relation with him but doesn’t want Pranati to take her.

While Pranati reaches home after she left her wedding mandap, Archit gets ready to marry her.

However Pranati makes a shocking announcement and refuses to marry Archit.

Pranati has taken a decision to break the marriage alliance with Archit.

Although Archit is ready to marry Pranati even knowing her past,

Let see what Pranati is up to after breaking the marriage with Archit.

Pranati turns bold to save Jugnu unknown of blood relations ...