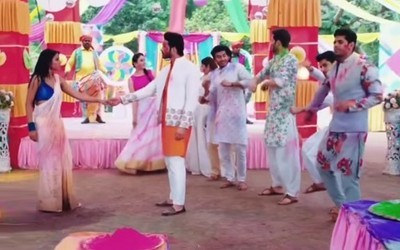 Top TV supernatural show Naagin 4 is looking forward to see a one year leap in the story.

Dev and Brinda get separate on a bitter note when Brinda believe Dev killed her mother while Dev believes Brinda cheated him and eloped with Rajat.

However now when after one year, Brinda returns to win Dev back, she gets stunned seeing Dev with other woman Shalaka.

Brinda and Dev’s romance lits up

However the romance will not long last as Brinda will snatch Dev from Shalaka.

Dve and Brinda’s sensuous romantic dance will sizzle the Holi of Parikhs.

Let see how Brinda will make her comeback in Dev’s life after Dev is married to Shalaka.