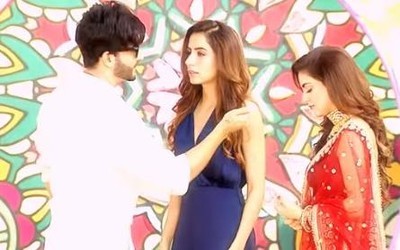 It was earlier seen that Preeta decides to forget Karan and move on in life.

Mahira is much overconfident and thus meets Preeta where she talks about her victory.

Seeing Mahira’s overconfidence Preeta comes to know that Mahira is the one who pushed Mahesh uncle downstairs.

Will Preeta take one more step to expose Mahira before Karan?

Will Preeta dare to enter Luthra House once again or will back out?

Wait and watch for the upcoming twist in Kundali Bhagya.

Kundali Bhagya: Preeta curse Karan wants him to marry Mahira and move on

Kundali Bhagya: Mahira plans to consummate with Karan before marriage