#PapaHainNa is trending on twitter, here you all need to know about celebrities (Latest Update) 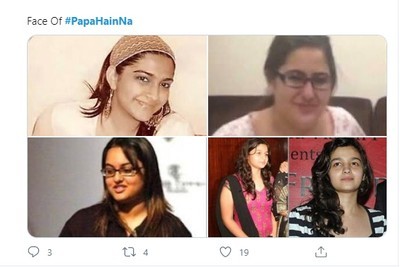 While people over social media are unfollowing star kids so that he can boycott bolywood and star kids movies.

While #papahainna is trending on internet where everyone is targeting Star Kids and mainly Sonam Kapoor that they get each and everything because Papa Hain Na (Papa Is Here).

Everyone on internet is traolling star kids that all they have to do to get successful is just get slim and nothing else rest their father will see.