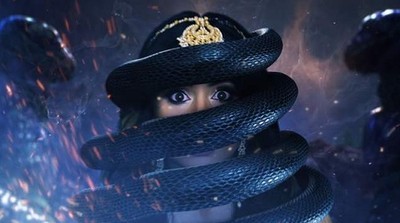 Indian Television most popular actress Hina Khan is roped in Naagin 5 series that is the popular supernatural show of Colors TV.

Naagin 4 is almost on its end to witness the thriller climax of the show.

Ekta Kapoor in the meantime is bringing in the season 5 of Naagin series.

Actress Hina Khan is roped in the show to play the lead character of an Ichchadhari Naagin.

Hina Khan is finalized to take ahead the legacy of the longest running top TV supernatural series.

On the other hand, Ekta Kapoor and the makers hunt for the lead actor has begun.

Actor Sharad Malhotra’s name is in the talks to play the lead actor whereas actor Dheeraj Dhooper’s name is also in buzz.

YHM fame Karan Patel to be seen in Naagin 5 too? Check details

YHM fame Karan Patel to be seen in Naagin 5 too? Check detai...

Asha Negi roped in to play pivotal role in Naagin 5 It is w...