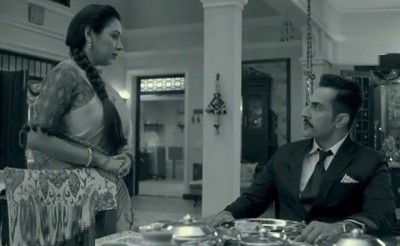 Anupama: Vanraj refuses to get Kavya in family taking big stand for Anupama

Star Plus top TV serial Anupama is going to see big twist in Anupama’s life when Vanraj and Paritosh will have a serious fight.

Anupama is hurt that Paritosh didn’t tell her about Kinjal.

Vanraj and Paritosh both try to comfort Anupama that Vanraj asks Anupama to meet Kinjal’s family so that they can finalize their marriage alliance.

Vanraj is angry at Paritosh where they both get into an argument.

Vanraj takes a big stand for Anupama and reminds Paritosh that Anupama is his mother and she has right while Kavya is an outside and he can’t involve her in their family matter.

Vanraj’s such confession will surely make you realize Vanraj’s protective side for Anupama.

Vanraj refused to get Kavya in the family and this angers Paritosh, but let’s see what more will happen now when Paritosh is not ready to get Kinjal meet Anupama.