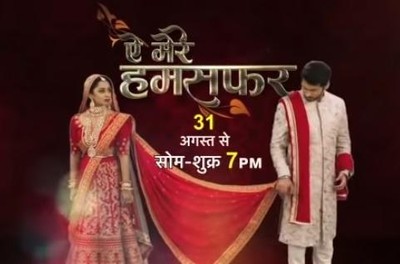 As per the first episode of serial Aye Mere Humsafar, Ved is seen as ambition less boy.

On the other side Vidhi who cannot walk properly is seen as ambitious girl.

Pratibha who is Ved’s mom wants him to get married to Vidhi so that he learns his responsibility.

Ved assumes Vidhi’s sister is the girl whom he has to marry and agrees for marriage.

However post marriage Ved gets a huge shock to learn that Vidhi is his wife.

Shockingly Ved breaks Vidhi’s heart and refuses to accept her as his wife.