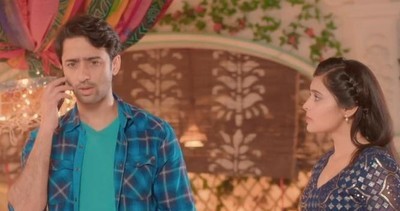 It was earlier seen that Meenakshi tortures Mishti and Abeer every now and then.

Abeer comes to final conclusion to adopt the baby and convinces Mishti too for this decision.

Abeer and Mishti goes to adoption centre where on the other side Meenakshi takes sleeping pills and decides to end her life.

Kunal informs Abeer about the same and they rush back home to save Meenakshi.

Abeer and Mishti ready for surrogacy

Abeer and Mishti are left with no other option but to bend before Meenakshi and accept her surrogacy decision.