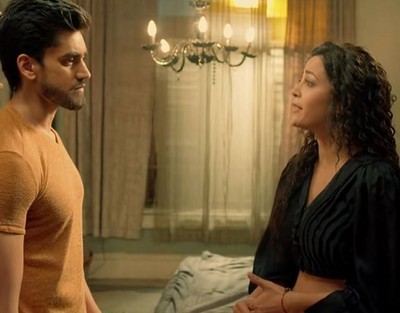 The upcoming episode of Yeh Rishtey Hai Pyaar Ke, the best TV series is going to see a major showdown amid Kunal and Kuhu.

Kunal and Kuhu are facing a terrible time when Abeer and Mishti are tackling Meenakshi’s stubborn demand of heir.

Abeer and Mishti deny for any surrogacy but Meenakshi stays adamant on her decision.

Meenakshi faces a big defeat from Abeer and Mishti that now she comes to Kunal.

Meenakshi very well knows that Kunal can do anything for her and can make any sacrifice for her.

Meenakshi thus compels Kunal to convince Kuhu to become a surrogate mother for Abeer and Mishti’s child and this gets Kunal in dilemma.

Kunal and Kuhu haven’t yet made their love and romance that now Meenakshi’s demand has put their relationship on stake.

Kunal confronts Kuhu where finally Kunal reveals about how Kuhu can help Mom.

Will this demand of surrogate mother completely ruin Kunal and Kuhu’s relationship or something more bad is about to happen next in Yeh Rishtey Hai Pyaar Ke.